Paul Parker is back with his Premier League predictions for the weekend. Chelsea host Manchester City on Saturday, Manchester United take on Aston Villa at the same time. On Saturday evening Brentford will host Liverpool and there is the small matter of the north London derby on Sunday. Former England and Manchester United defender Parker gives us his predictions…

With plenty of exciting Premier League games to look forward to this weekend, Paul Parker has delivered his verdict on how arguably the four biggest games this weekend will go.Champions League winners Chelsea take on defending Premier League champions Manchester City in a game billed as a battle between the league’s main title rivals, while Aston Villa and Brentford could prove tricky tests for Manchester United and Liverpool.On Sunday, it is the north London derby and Parker is predicting a tight game at the Emirates Stadium…

Manchester United haven’t run away with any game. They had to battle hard against Newcastle. This will be a test for them. I won’t say the hardest one because West Ham have earned the right to be renowned as a decent team based on what they’ve done last season and this season.Villa are more of a capable team now than they were with Jack Grealish. Players have come out of their shell and suddenly they’re expressing themselves more because they don’t feel they have to justify everything through him.It’s going to be a tough game but I think United will nick it because of that extra quality they’ve got. You’ve got someone like Cristiano Ronaldo who will get three or four shots away in a game.

It will give you an idea of Brentford’s level when they play against Liverpool. It will give you a better idea of how far they’ve come. They have got weaknesses in the middle and defence but they can score goals and pass the ball. They will not make it easy.When Liverpool go into that ground it’s quite imposing. Their fans will roar and they are not intimidated by anybody. Thomas Frank will fancy himself to maybe get something from that game. I’m going to call it as a draw.

I’m going to go for a home win. Chelsea are too strong for them physically, especially as there is now more room for physicality. They are probably mentally stronger because they’re on a good run.City’s performance against Southampton (a 0-0 draw) says a lot at how things have been for them. It’s a game they don’t need after they also conceded three in Europe.This could be the game where Romelu Lukaku scores in a big game. He needs to in order to convince a lot of people. I’m going 3-1.

I think Arsenal will lift themselves and a take a bit of the pressure off themselves by winning the north London derby.Spurs need Son badly to go out there and do it. Spurs miss Son Heung-min more than they miss Harry Kane. When you look at a player who lifts players in and around him then Son is that player. He is going to be the one who is always close to winning players’ player of the year. 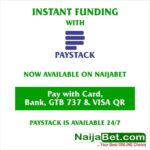 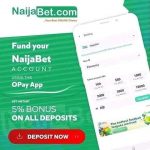 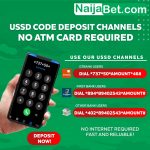 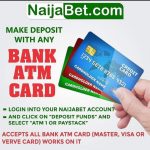